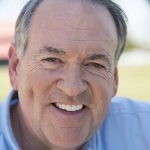 Mike Huckabee is the host of the TV show “Huckabee” on TBN each weekend and is a Fox News contributor, NY Times best selling author of 12 books, and a frequent speaker for corporate, civic, and non-profit groups all over the world. He was the 44th Governor of Arkansas from 1996 until 2007, becoming one of the longest serving Governors in his state’s history. He left a legacy of tax cuts, job creation, the reconstruction of his state’s road system, K-16 education reform, and a nationally heralded and duplicated health initiative that focused on prevention. His administration fought long-standing corruption in the state’s political machine, resulting in numerous indictments and convictions of powerful legislators and other elected officials. In 2008 and 2016, he ran for President of the United States, finishing 2nd in the Republican primary in 2008. 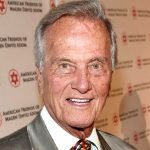 Pat Boone is a legendary American singer, composer, actor, writer and spokesman. He was a #1 pop singer in the United States during the 1950s and early 1960s. He sold more than 45 million records and had 38 top 40 hits, including 6 number one records, and 13 “million sellers”, or gold records. In addition, Boone appeared in more than 15 Hollywood films.

In the years immediately prior to the British Invasion, only one performer rivaled the chart dominance of Elvis Presley, and that was Pat Boone. However, Boone represented the very essence of wholesome American values. At a time when the rise of Rock ‘n Roll was viewed as a sign of the Apocalypse, Boone made the music appear safe and non-threatening. He also recorded a lot of Christian music, and even wrote the words to what is considered Israel’s second national anthem, “Exodus.” 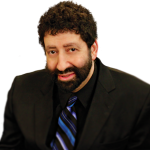 Rabbi Jonathan Cahn, a Jewish follower of Jesus, is known for bringing out the deep mysteries and rich revelations of the Bible, as well as restoring the original biblical Jewish context to the Words of the New Testament.  Cahn is the author of the best selling books The Harbinger , The Mysteries of the Shemitah, and The Book of Mysteries.  He has just completed a new book called The Paradigm: The Ancient Blueprint that Holds the Mystery of Our Times.  He has ministered throughout the world, and his teachings are broadcast daily over hundreds of radio and television stations throughout the United States. 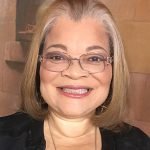 Alveda King – As a “Guardian of the King Family Legacy” Alveda is a noted civil rights activist. She is often in demand for her knowledge and firsthand experience in the 20th Century Civil Rights Movement headed by her uncle Dr. Martin Luther King, Jr. and supported by her father, his brother Rev. A. D. Williams King. Alveda is a Minister of the Gospel of Jesus Christ, a grateful mother and grandmother. She is a respected lecturer, former college professor, author of many books, mentor, stage and screen actress, Georgia State Legislator and presidential appointee. 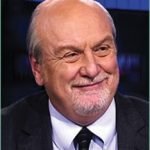 Dr. Thomas R. Horn – Long time television and radio personality, author of dozens of best-selling books and publisher of many others, Dr. Thomas Horn, serves as the Chief Executive Officer of SkyWatchTV and Defender Publishing. He is a sought-after conference speaker and will serve as the MC of the Defender Conference in Branson, MO August 2-5. At the dawn of the Internet, Horn launched two news services where coverage of latest-breaking news and information on cutting-edge stories covering religion, prophecy, discovery, and the supernatural through in-depth investigative reports led to his network of writers being referenced and interviewed by the biggest names in broadcasting, including: LA Times Syndicate, ABC, CBS, NBC, CNN, FOX, Time, the New York Times, the Los Angeles Times, Chicago Tribune, Miami Herald, BBC, MSNBC, Michael Savage, SciFi Channel, History Channel, Hannity & Colmes, The Savage Nation, Sid Roth’s “It’s Supernatural”, The Jim Bakker Show,  Celebration Daystar TV, FaithTV, The Harvest Show, The 700 Club, Coast to Coast AM, WorldNetDaily, NewsMax.com, White House Correspondents, and dozens of other newsmagazines and press agencies around the globe. (continue reading) 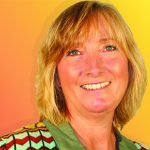 Nita Horn is CEO of Whispering Ponies Ranch, a non-profit organization that employs mobile services, on-site specialized youth camps for sex-trafficked and foster children, and where adult individuals with developmental disabilities experience positive mental, physical, and emotional benefits through the use of miniature equine assisted activities. Handlers use onsite therapy animal activities as well as camping elements such as; climbing walls, fishing, bicycling, prayer trails and more, to connect with children and adults as part of a healing process that horses have shown to bring. Nita is the author of No Fences: It Started With a Plastic Pony and co-author with her husband Tom of such books as The Milieu, Forbidden Gates, The Ahriman Gate, How To Overcome The Most Frightening Issues You Will Face This Century, God’s Ghostbusters and more. 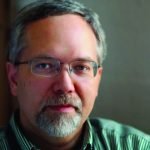 Michael S. Heiser is scholar of the Bible and its ancient context. Mike is a graduate of the University of Pennsylvania (M.A., Ancient History) and the University of Wisconsin- Madison (M.A., Ph.D., Hebrew Bible and Semitic Studies). He has taught biblical studies, theology, and ancient languages for over twenty years in the classroom and online distance education. He is currently a Scholar-in-Residence at Logos Bible Software, a company that produces ancient text databases and other digital resources for study of the ancient world and biblical studies. Dr. Heiser maintains three blogs that focus on biblical studies (The Naked Bible), fringe beliefs about the ancient world (PaleoBabble), and modern conspiratorial belief systems (UFO Religions). He is host of the popular Naked Bible Podcast and writes science fiction that draw on all these areas of interest. His homepage is drmsh.com. 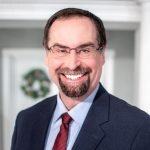 Derek P. Gilbert is the host and news anchor/analyst for SkyWatchTV, a Christian media ministry, host of the Internet radio show A View from the Bunker, and co-host of P.I.D. Radio, one of the earliest Internet-only programs on the web.  Derek has added another popular program to his resume called SciFriday with his wife, author and analyst Sharon K. Gilbert. In this program fields of Science and technology are discussed, focusing on how they will impact the world, fulfill prophecy and even change what it means to be human. SciFriday has recently been added to the PTL Television Network family. (continue reading) 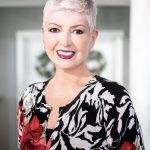 Science, writing, opera, and geopolitics are just a few of the many ‘hats’ worn by Sharon K. Gilbert. Gilbert is the author of the non-fiction work Ebola and the Fourth Horsemen of the Apocalypse; The Laodicea Chronicles, a novelized look at the spiritual battle set in current time; The Armageddon Strain, a biological thriller that blends science and the supernatural. (continue reading) 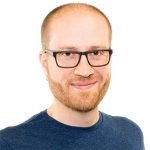 Joe Ardis Horn is a Professional Fitness and Nutrition Specialist, COO of SkyWatch TV, dog behavior expert and Certified Professional Trainer/Instructor. As the best-selling author of the groundbreaking book Dead Pets Don’t Lie, his incredible personal story—from the gates of death and back again—prompted the Special Investigation that now resides in the breakthrough new work, Timebomb. 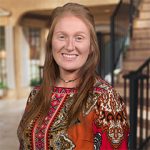 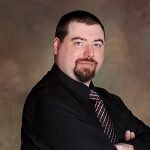 Josh Peck is an avid researcher, who works in full-time ministry at SkyWatchTV, hosts “Into the Multiverse,” and is the author of numerous books, including The Second Coming of the New Age (coauthored with Steven Bancarz), The Day The Earth Stands Still (coauthored with Derek P. Gilbert), Unraveling the Multiverse and Abaddon Ascending (coauthored with bestselling author Tom Horn). Josh has been featured on numerous television and radio shows, including The History Channel’s “In Search Of” with Zachary Quinto, The Hagmann and Hagmann Report with Doug and Joe Hagmann, and Coast to Coast AM with George Noory. 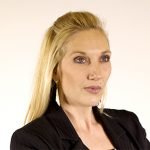 Lt. Col. Robert Maginnis is a Washington, DC-based broadcast national security and foreign policy analyst with 24 years of extensive experience speaking on tough issues with most major broadcast and cable television and radio outlets to include Fox News and CNN. He is an author having been both a columnist for conservative outlets with more than 800 published articles on national security and geopolitical issues. His books include Alliance of Evil, The Deeper State, Future War and Never Submit: Will the Extermination of Christians Get Worse Before It Gets Better? (continue reading) 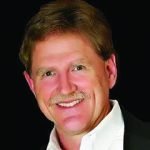 Pastor Carl Gallups has been the senior pastor of Hickory Hammock Baptist Church in Milton, Florida, since 1987. Carl is a graduate of the Florida Law Enforcement Academy, Florida State University (B.S. Criminology) and New Orleans Baptist Theological Seminary (M.Div.), and serves on the Board of Regents at the University of Mobile in Mobile, Alabama. (continue reading) 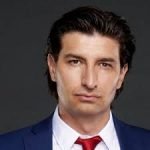 Jaco Booyens serves in many areas across multiple industries. He is the president and CEO of the film company, After Eden Pictures. He is the founder of SHAREtogether, a non-profit organization fighting against the global crisis of Sex Trafficking. Jaco directed and produced the feature film, 8 Days, written by his wife Philipa A. Booyens to raise awareness about the reality of Sex Trafficking in the United States. Jaco is also the co-founder of Eden Green Technology, a vertical farming company with a mission to feed and heal the world by making fresh, healthy produce available to people at an affordable cost.

More speakers will be announced soon!